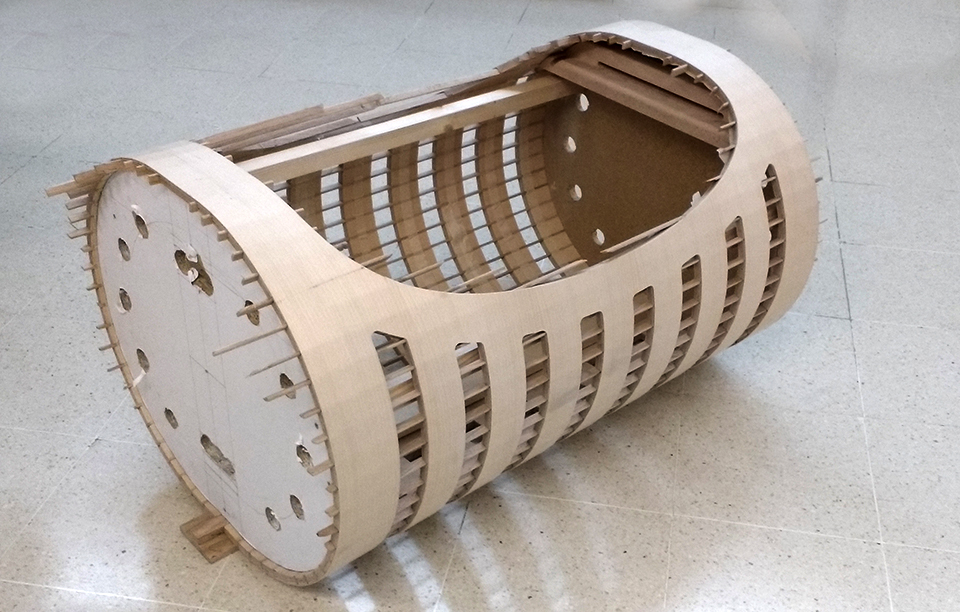 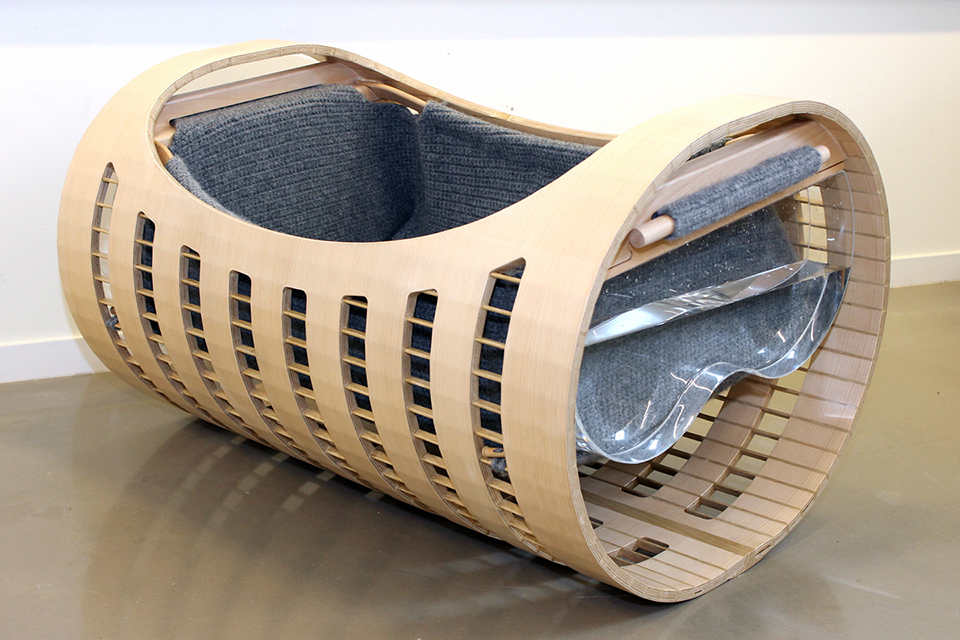 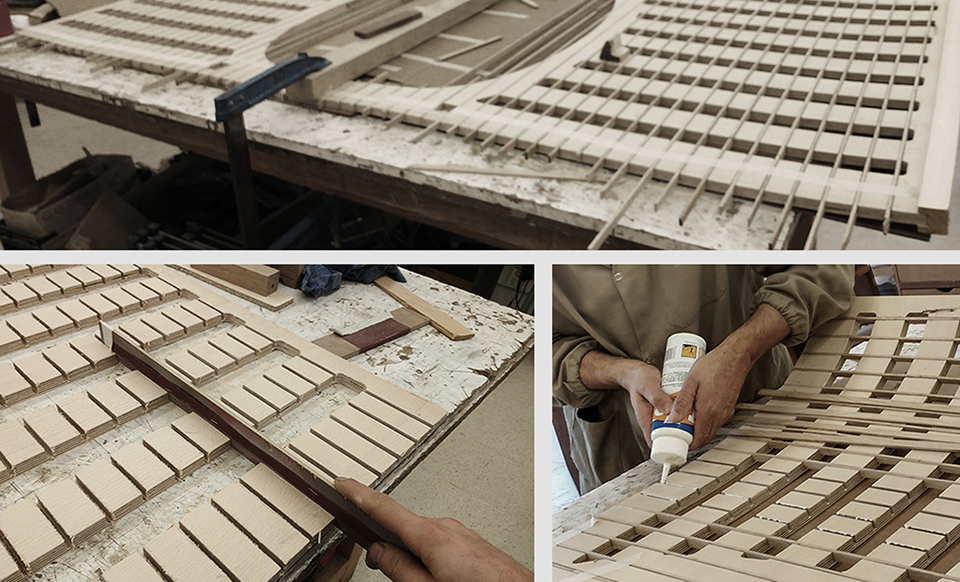 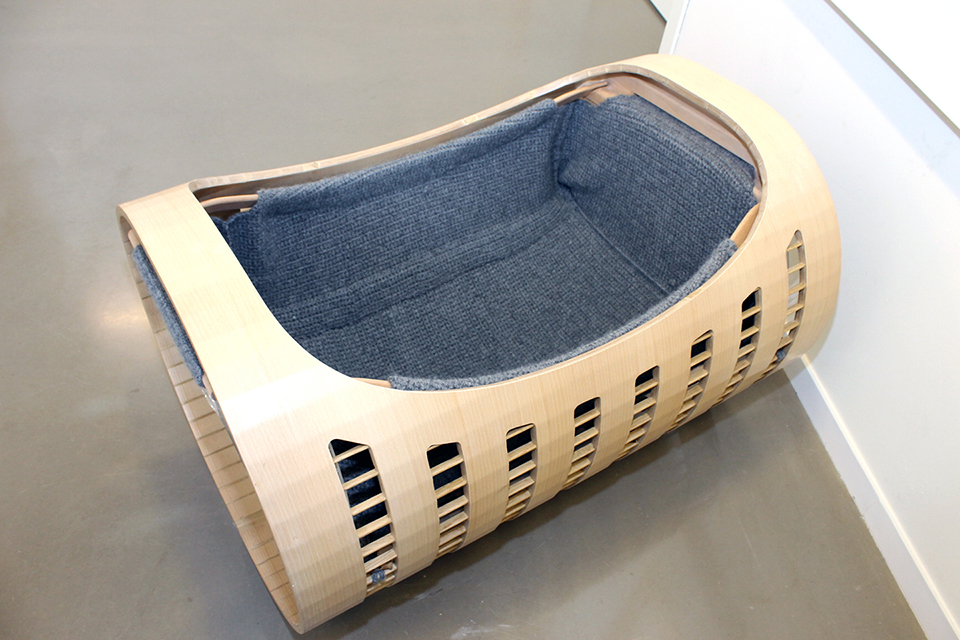 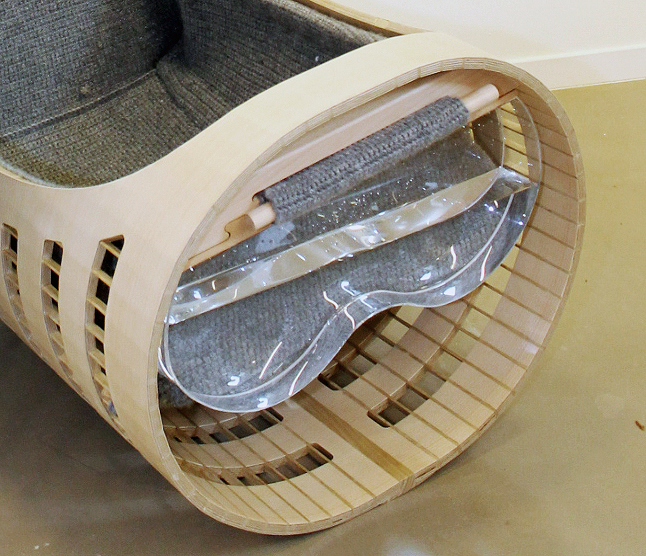 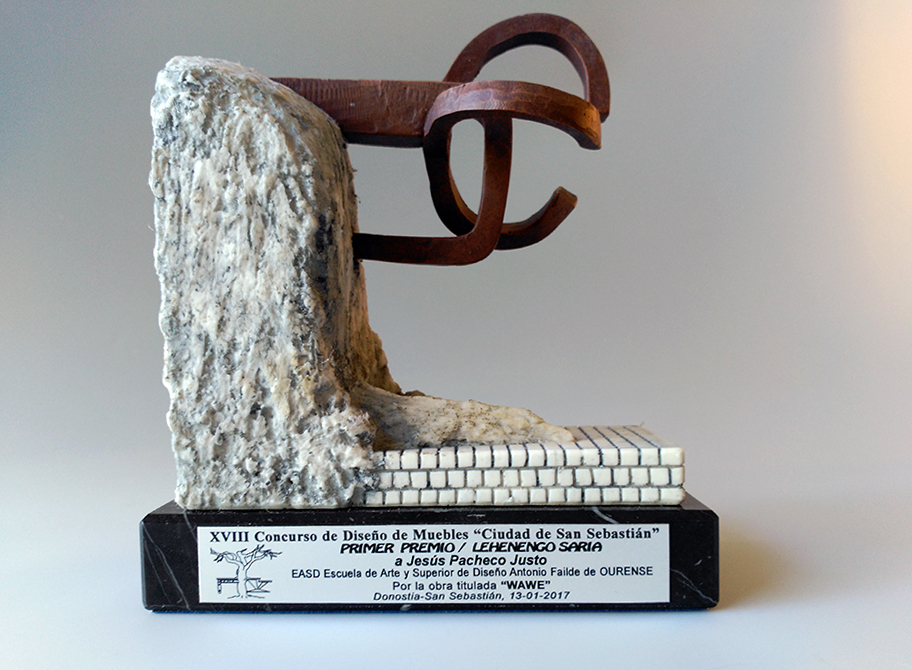 WAVE, crib for children between 0 and 7 months.

"Wave" is a cradle, inspired by protective elements of nature. In him three parts can be distinguished:

• An inner, membrane bed. It is a hammock woven with natural wool that wraps the child as if it were a membrane or chrysalis.

• The outer structure, the shell. The bed will be subject to a curved structure that will act as a protective system, also has a dual function as a rocking chair.

• Water movement system. The cradle houses two containers with water, in which the liquid acts as a pendulum generating an oscillating motion.

"Wave" is not a cylindrical volume as it seems, but a prism. This is due to the construction system, a variant of the Kerf bending system. This modification consists of the introduction of wooden wedges in cuts previously made on the inside of the board. These wedges provide greater control of curvature, in addition to reducing the loss of mechanical strength produced when making the cuts.