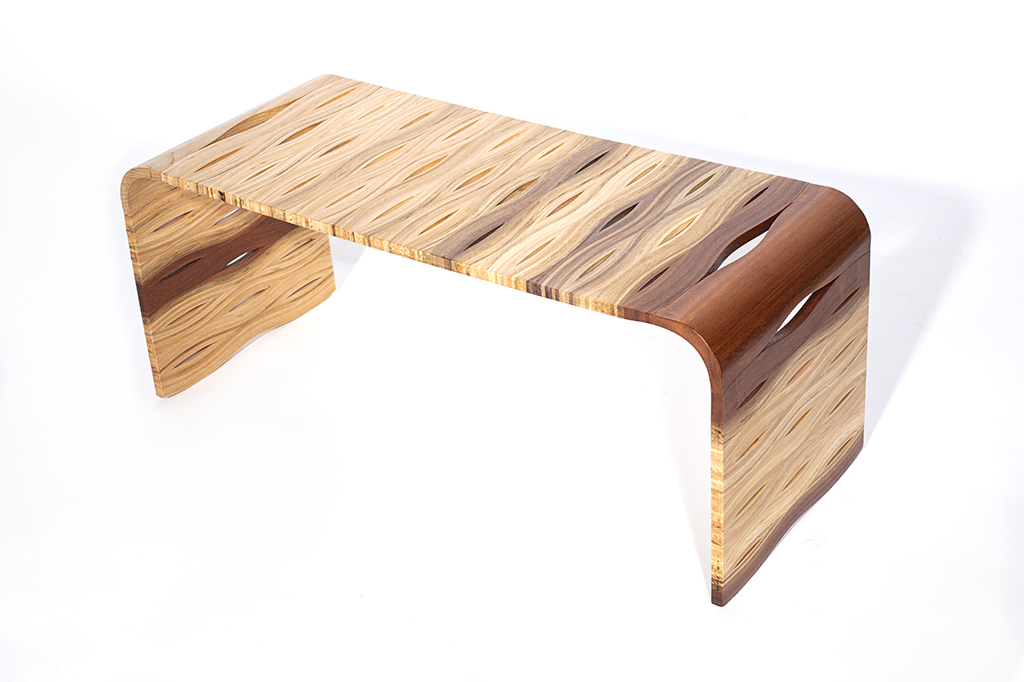 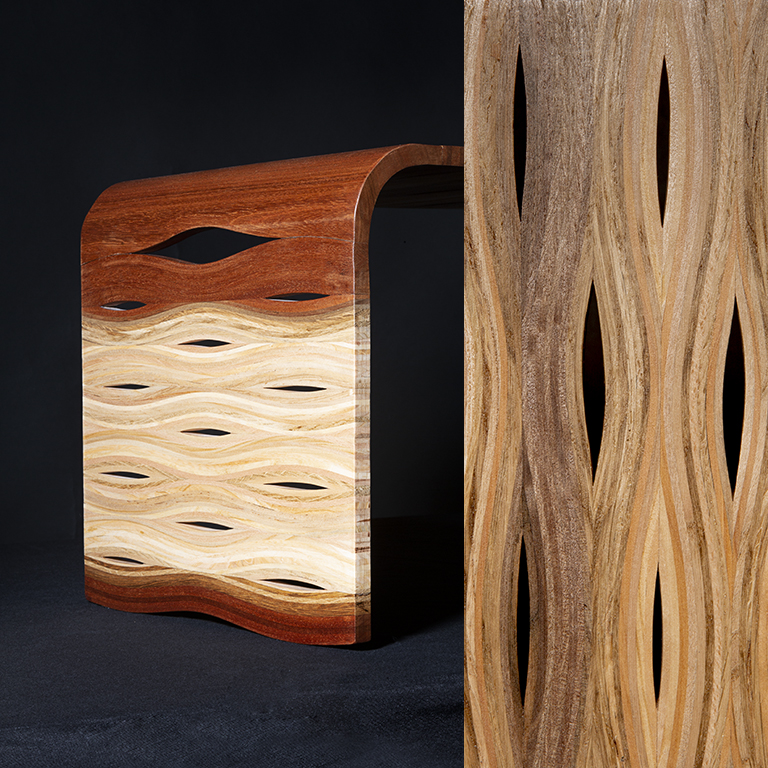 Waves are sedimentary structures that are formed by the action of a stream of water or wind on the sand. These waves create chiaroscuros, glitters, and reflections of color if water flows between them. Their infinite frames are changing as their shadows move with the sun. The ONDULA laptop tray is inspired by these sandy formations in their color range, shape and play of lights.

The 360 sheets of wood of which it is composed, are made from retals. This use of the material, in addition to being a sustainable way of working, brings it closer to the color given by the 10 species of wood that it consists of and makes it a unique piece.

These sheets are joined 10 by 10 using the laminated curvature technique. The resulting corrugated-shaped pieces are assembled facing each other, so that there are gaps between them that have the function of aerating the computer. These holes let light through, but they also create shadows between the pieces depending on where the focus is.

ONDULA can also be used for eating, so the glue and finishes used are for food use. Its dimensions, taller and wider than those on the market, give it an extra comfort while offering the option of using it as a side table. However, it could be customized by changing the measurements (in addition to the color range) using the same molds, staff, and tools.