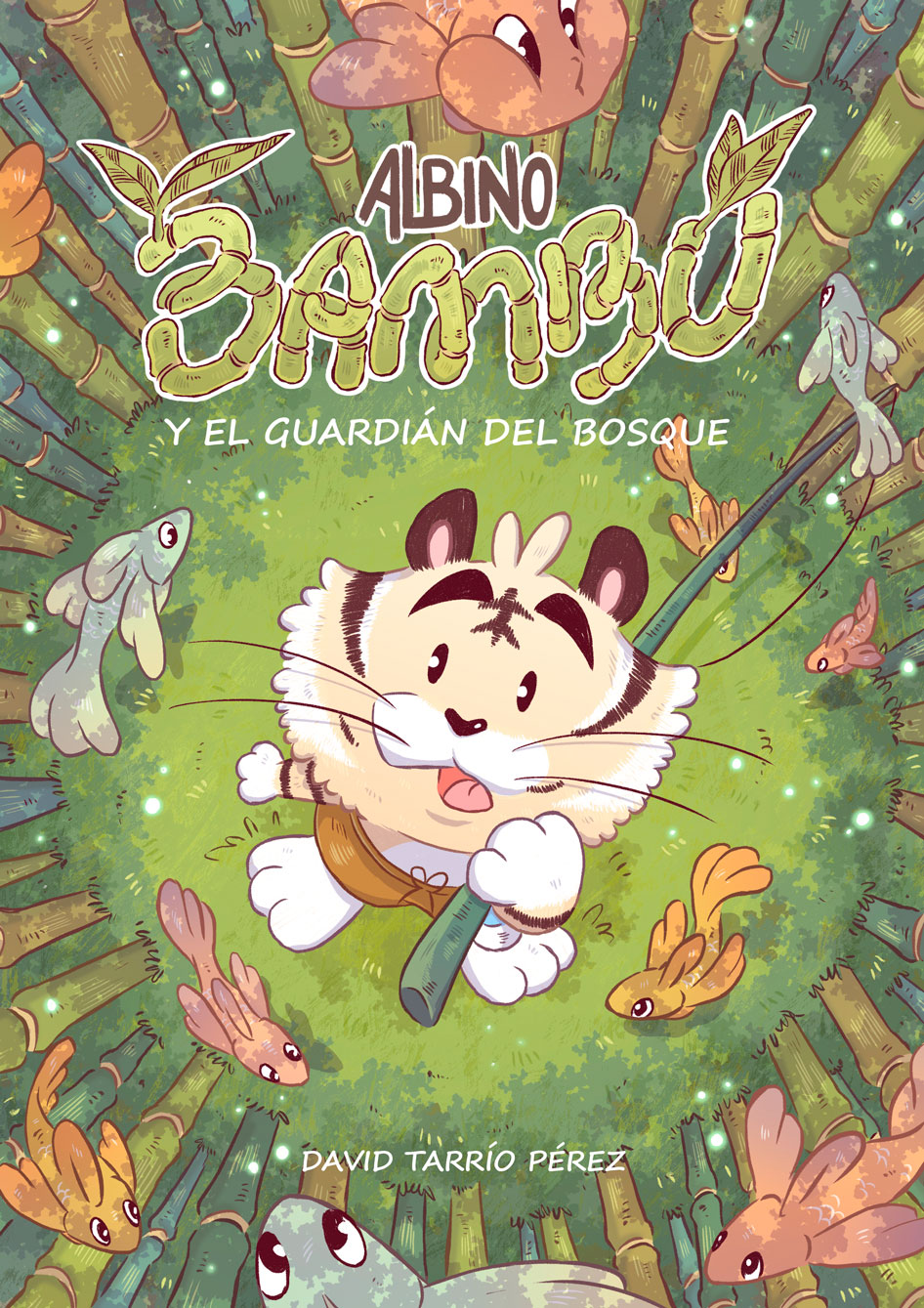 start
→
Students
→
PROJECTS
→
Albino Bamboo and the Guardian of the Forest 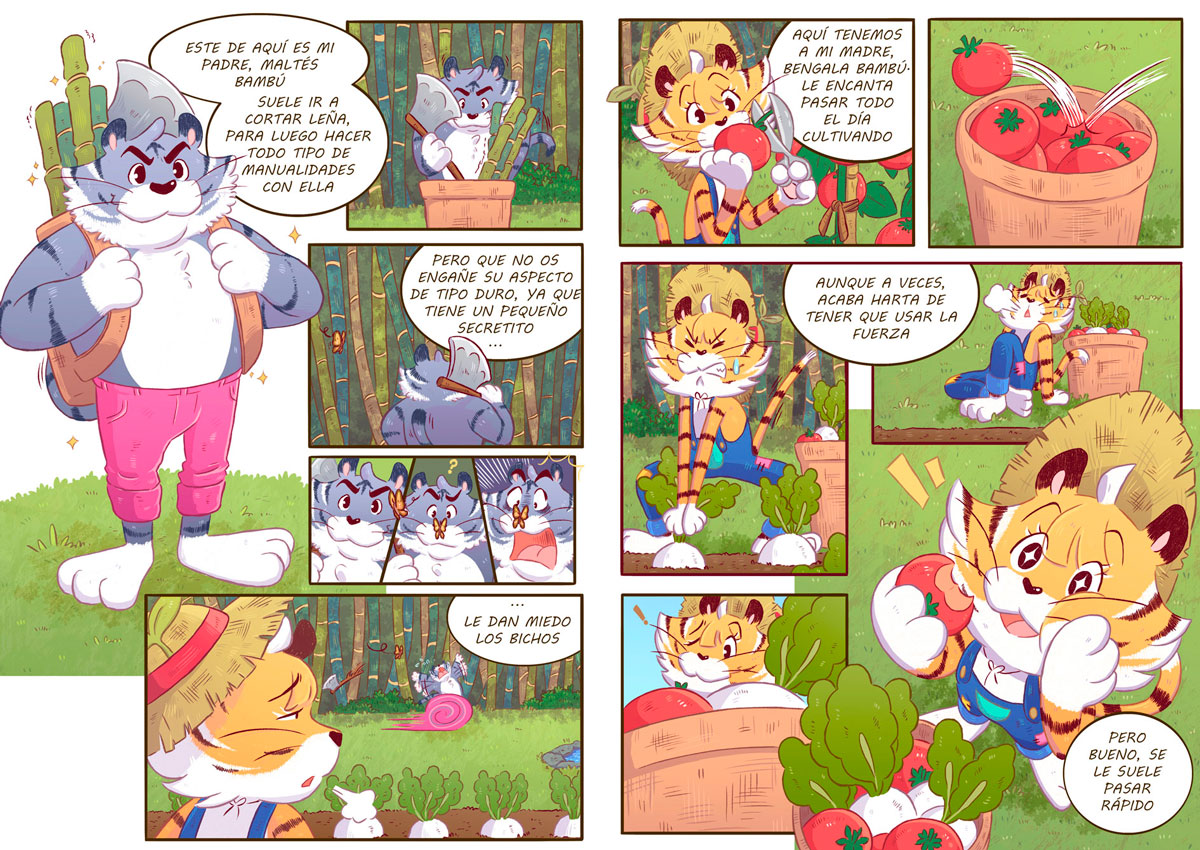 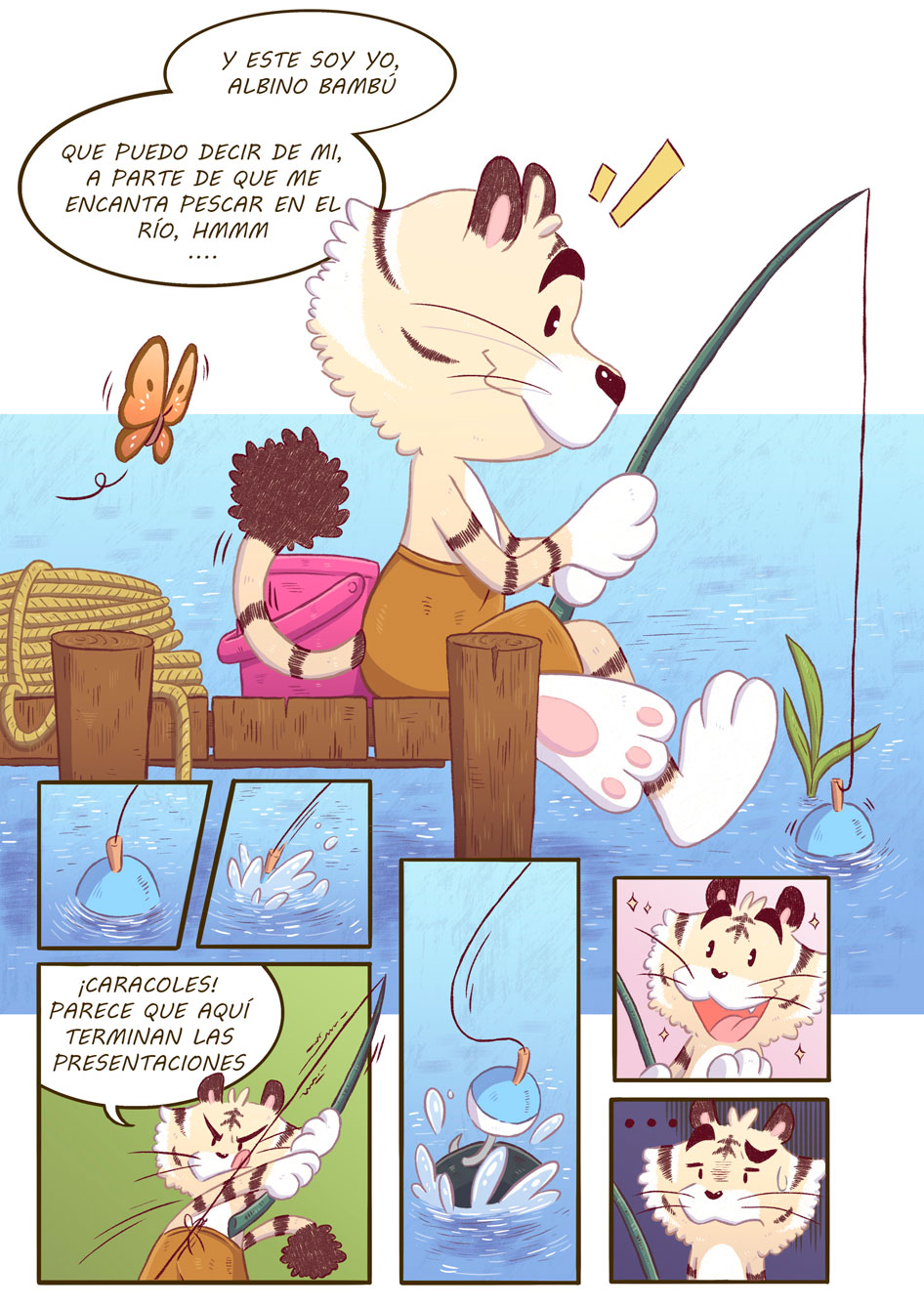 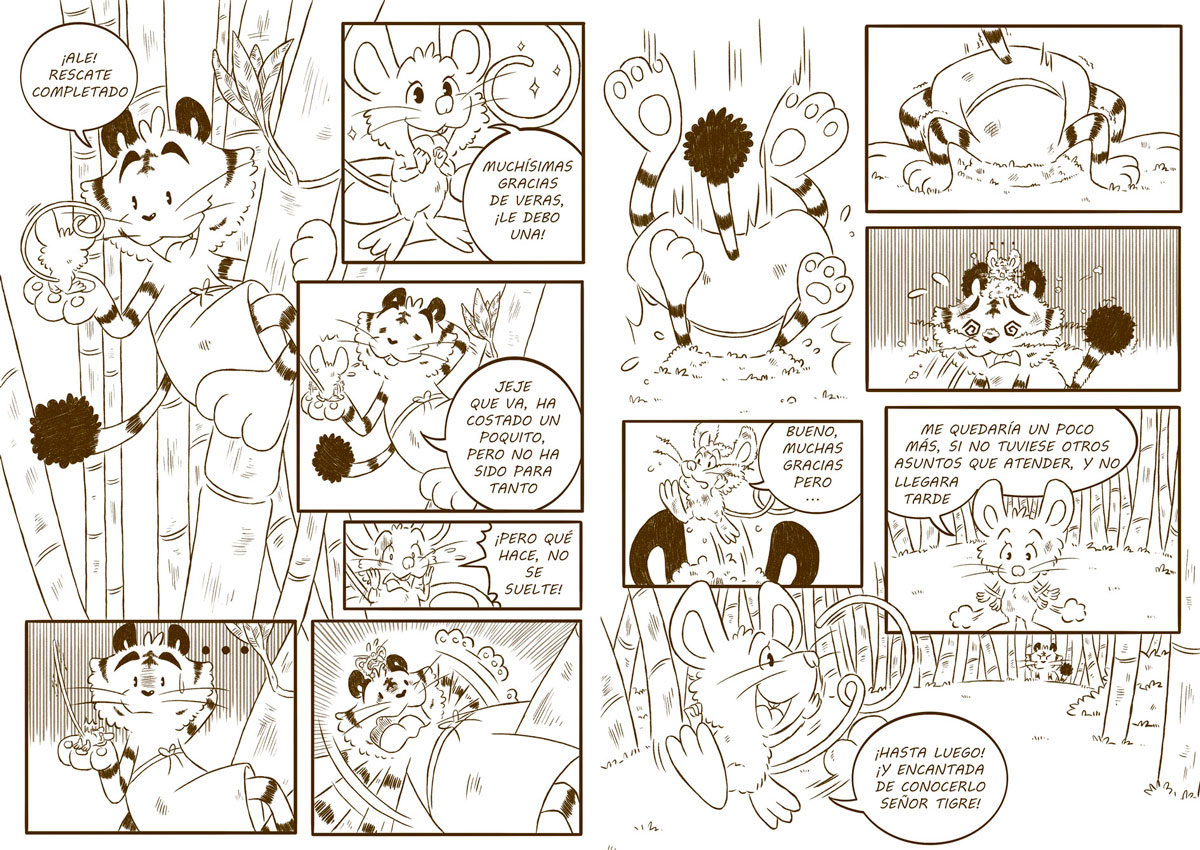 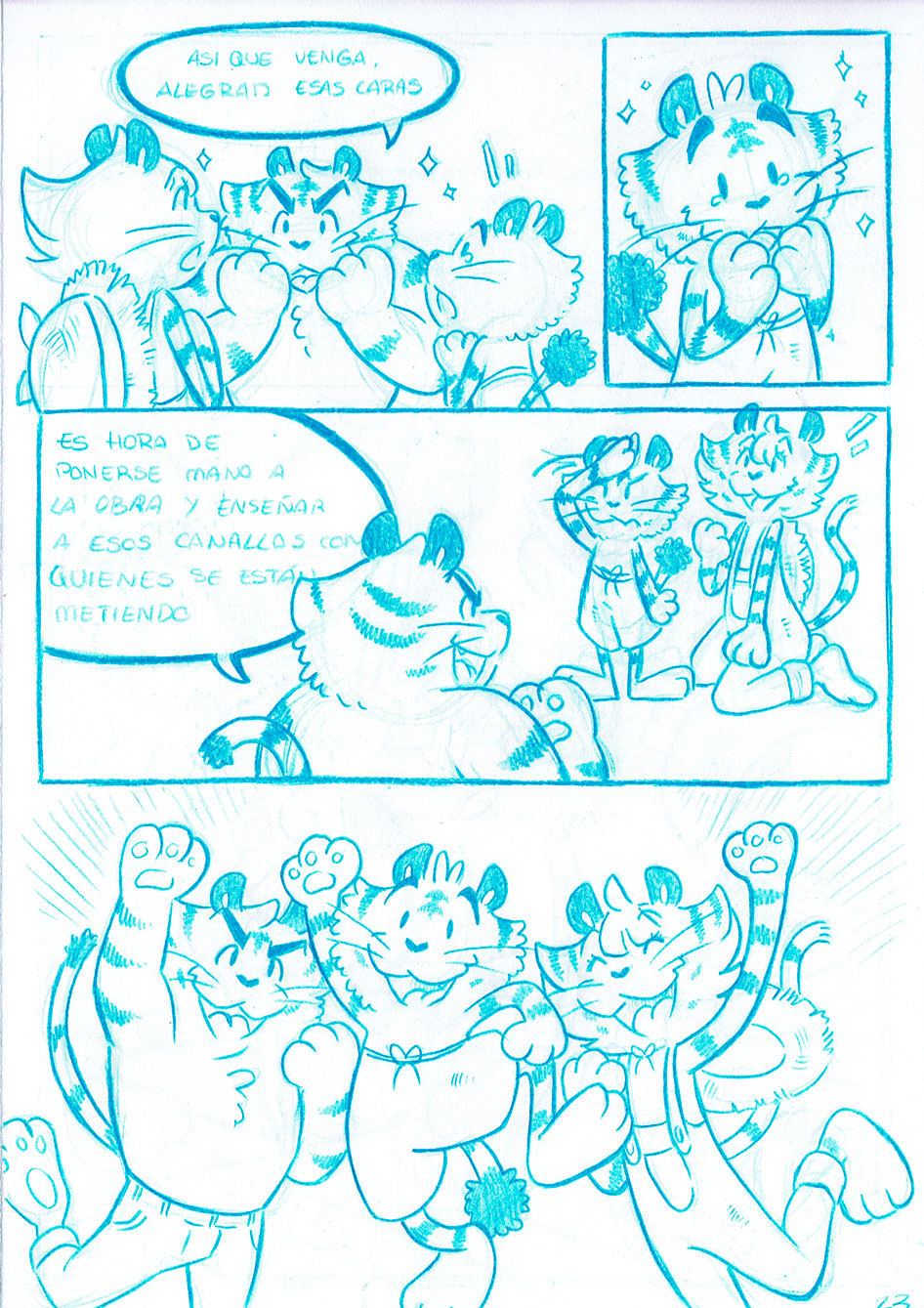 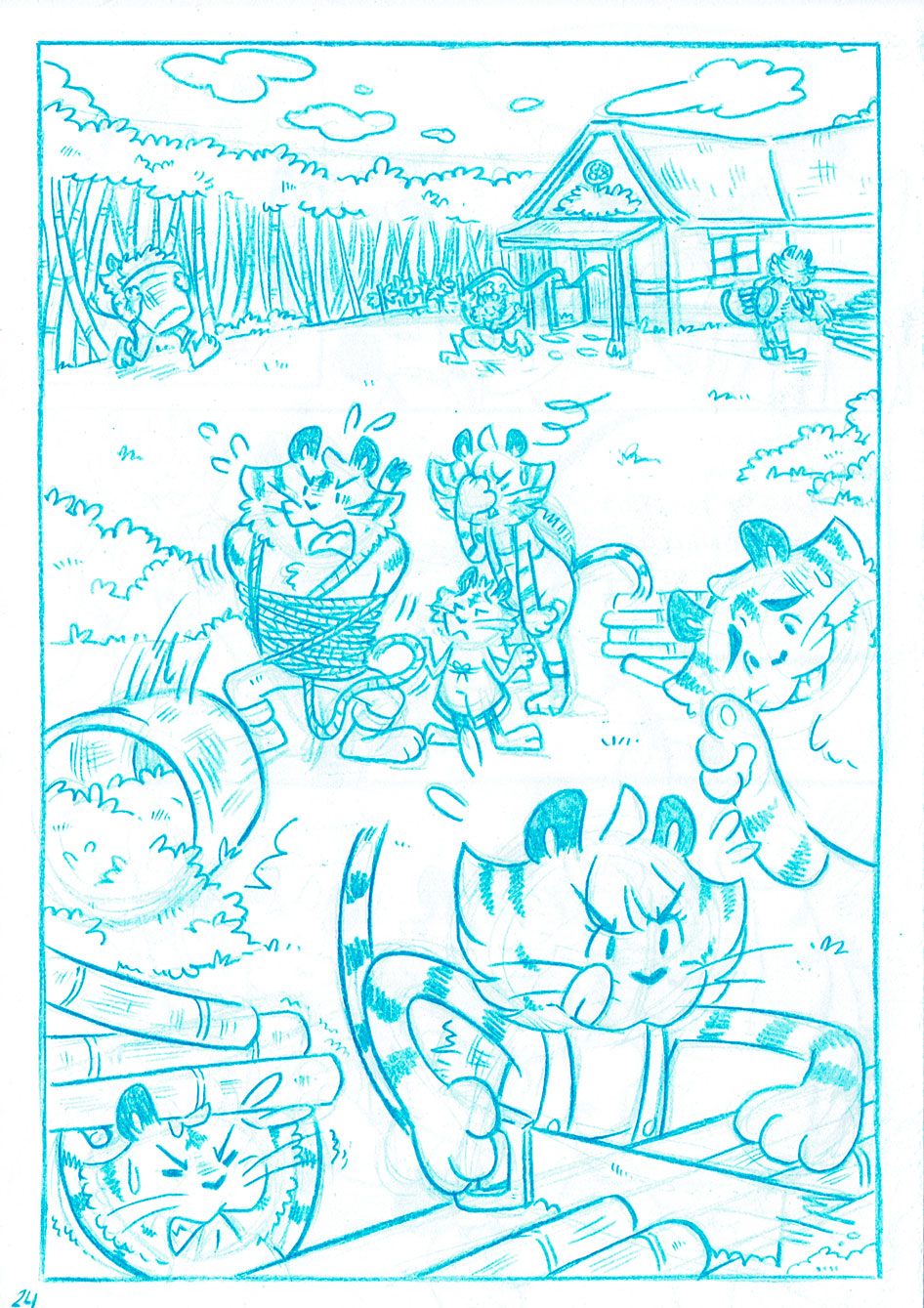 Albino Bamboo and the Guardian of the Forest

Children's comic. It arises from the reinterpretation of a work previously done, in illustrated album format, for the subject of projects. Digital and traditional techniques.

Albino Bambú y el Guardián del Bosque is the story of a family of three tigers who live isolated in the middle of a bamboo forest, under a series of rules that must be met, the most important being: "It is totally forbidden to enter the bamboo forest". so as not to become the target of possible dangers lurking outside. One day, Albino Bambú, our protagonist, decides to break this rule and chase a suspicious character into the interior of the forest.

The comic consists of several characters, including main, secondary and antagonists. The most important: Albino Bambú, our little protagonist, adventurous and carefree; Bengal Bamboo, mother of our puppy, hardworking, strong and brave and Maltese Bamboo, father of Albino, cunning, somewhat clumsy and scary. Each of the family represents a different species of tiger, as their own names well indicate.