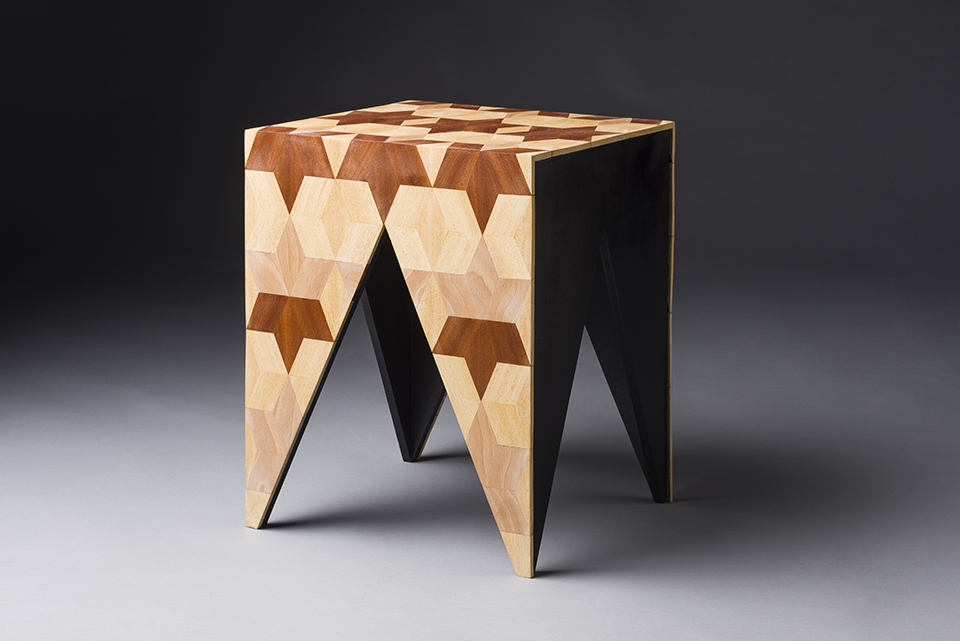 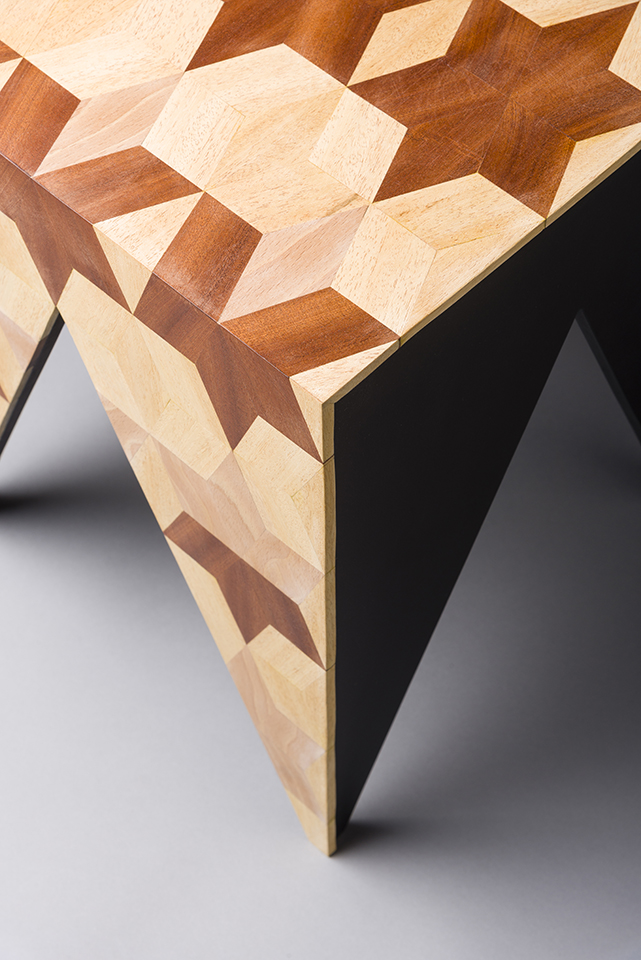 This work was one of the nine finalists in the Rado Star Prize Spain 2020 and won the audience award. It was exhibited at the Espacio Rado, located in the Official College of Architects of Madrid (COAM), within the Madrid Design Festival.

Sestrelo is a low table that can also function as a seat.

The idea comes from the original word "seven-star", which, in Galician culture, is called the constellation of the big bear by its seven well-marked stars. Unlike this, in our work, we play at all times with six-pointed stars, which make a play on words to get "star". Just as the stars are drawn in the sky over the black infinity, our work sits on a dark background that covers the legs. The piece consists of four triangular-shaped legs, which provides stability and robustness with a rectangular table in line with the legs. The part of the marquetry is created from a modular element, the rhombus, which builds the six-pointed star design that gives the furniture its name. Made with three woods, which add different color: koto more yellowish, sapelli incarnate and another lighter for beech. The whole work is handcrafted; the creation of the marquetry piece by piece, the gluing, sanding and finishing are done manually, as well as the structure and the rest of the work. This piece combines the cabinetmaking tradition of an ancient and ancestral craft such as the creation of marquetry, adapting it to a simple and timeless structure of current forms, all with a background of Galician culture.

With this style of furniture we have managed to transmit ancient techniques that are slowly fading towards a modern style, giving a future to this type of craft.