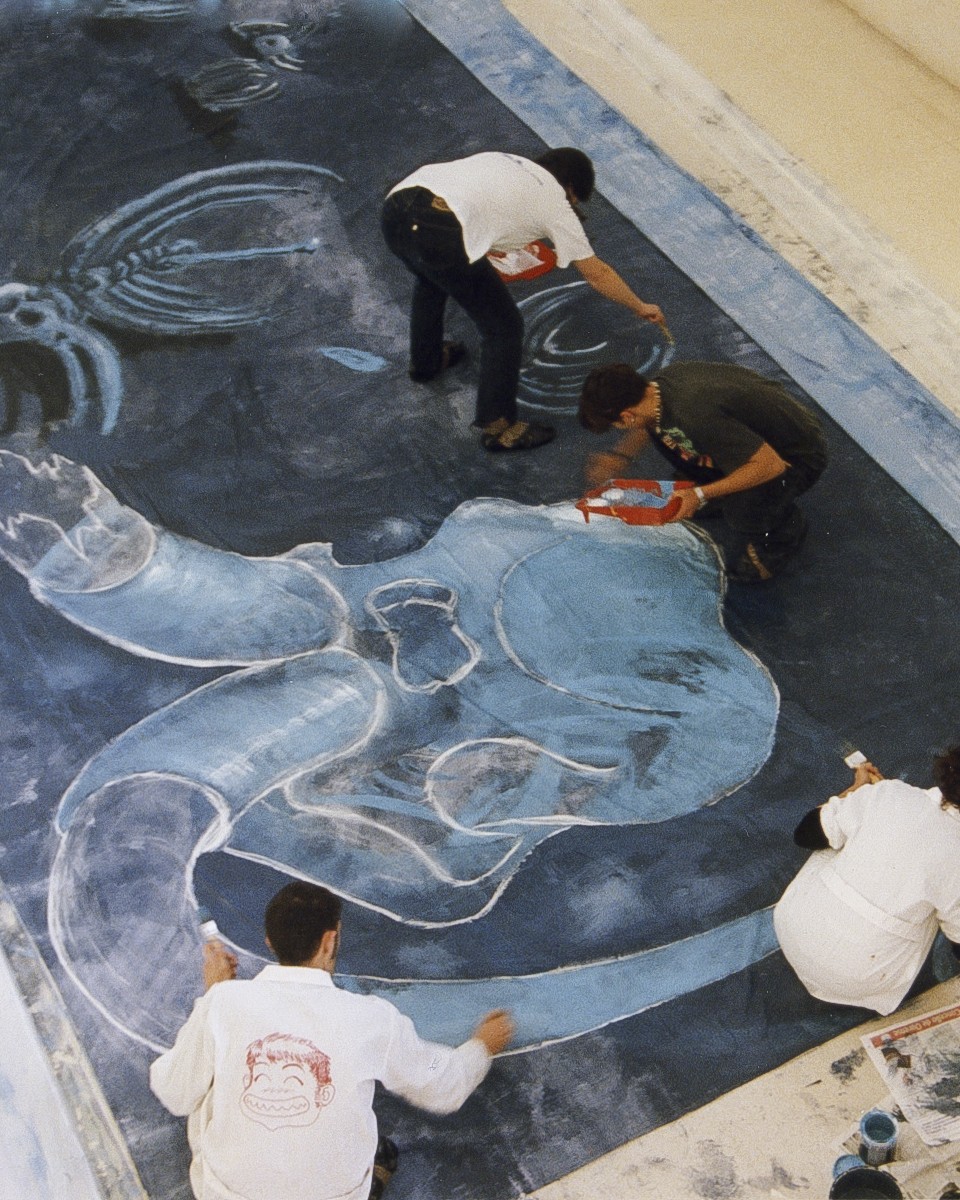 Final project of the Higher Cycle of Illustration

This project, led by Professor Miguel Mantilla, responded to a professional commission made by "Obradoiro Danza Clásica". It consisted of the elaboration of a curtain of 7 x 9 meters of canvas for a dance show, whose plot was based on the animated film "El Rey León" (1994). Between 19 and 27 April 2001, the 1st and 2nd year students of the Higher Cycle of Illustration collaborated with the author of the project in its practical realization.

The huge illustration was intended to set a scene in the play, in which it should help generate a dramatic mood. To do this, the author took into account the tones of the dancers' costumes and the night effect of the lights in cold tones and low intensity, in addition to the props and practicables that would be on stage during the performance. All this was planned taking into account the data provided by the customer, who requested a type of image that was not childish style or heir to the "Disney style".