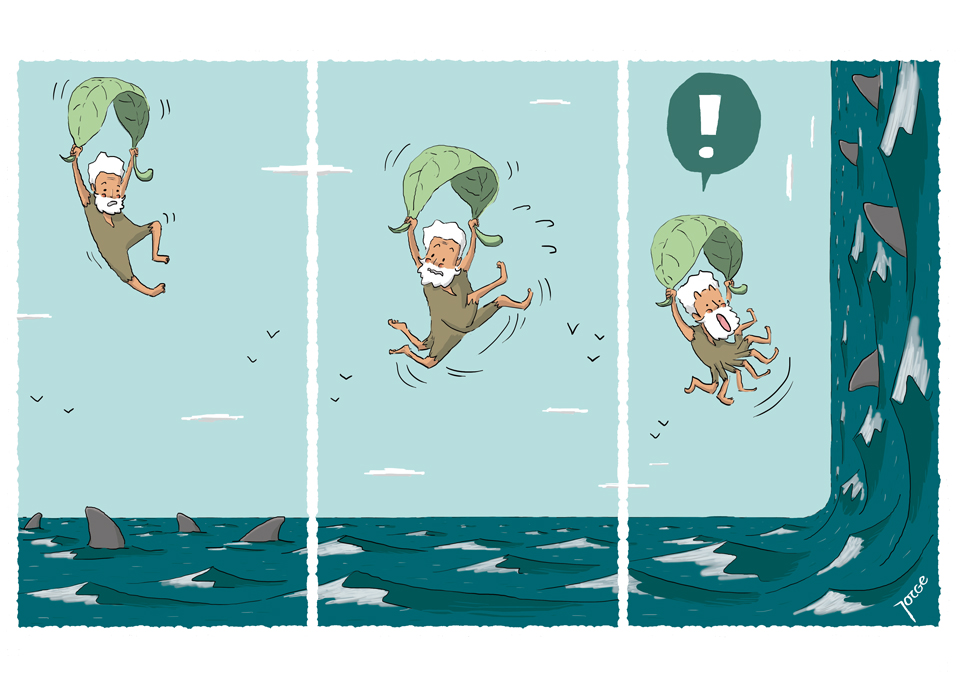 Jorge Campos was born in Ourense in 1982 and grew up between the warmth of As Burgas and the magic of the Ribeira Sacra. After finishing architecture at the University of A Coruña, he returned to Ourense where he did illustration at the Antonio Faílde School of Art, thus becoming, in his own words, an illustrator.

His taste for illustration, especially his interest in comics, was developing in him a great narrative skill. He likes to play with order and rhythm and propose different reading possibilities in his narratives, betting on innovative formats and experimenting with different options that can take the same story to change the situations that develop in it, as if it were an internal search discovery of his own personality.

In his works there is always a careful atmosphere, abounding in the outdoor scenes that take place on islands of the craziest, extraordinary planets or Mayan territories. Almost magically, a synthesis attracted to those places, experiencing them as a traveler landing there in every vignette, in every moment, in every image.

His desire to create characters, places and stories has been with him since he was a child. With them he has been shaping his artistic personality and with some he has been living for more than half his life. Their individuals are endearing, a reflection of the topic at hand, and often dispense with words to be able to express themselves and convey their emotions. They show sensitivity, tenderness, reality, bringing the reader closer to the story and uniting ideas and feelings with an invisible silk thread.

In his work, moods and existential themes predominate, the search for oneself through adventure and sensitivity, both the subject to be addressed and the relationship between it and the future recipient of the message. His drawings are imbued with associations and details, with hidden meanings, making the reading of the images a fun game between dynamism and mystery that is patiently discovered between the lines.

With his head in constant process of creation, the ideas appear in his sketchbooks as a true luminescence in moments of creative darkness, like the song of a rooster announcing the arrival of the long-awaited sun.