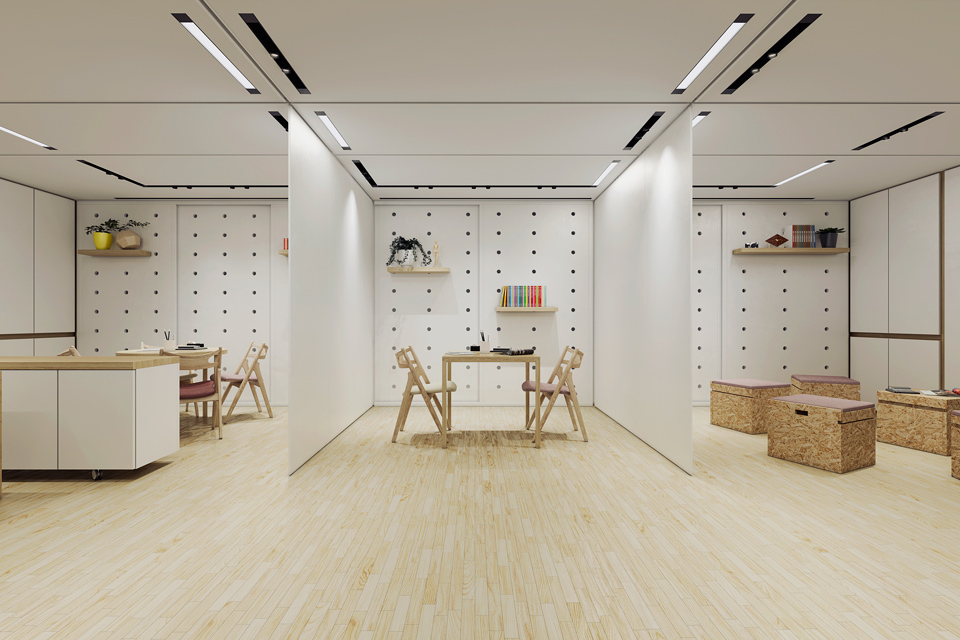 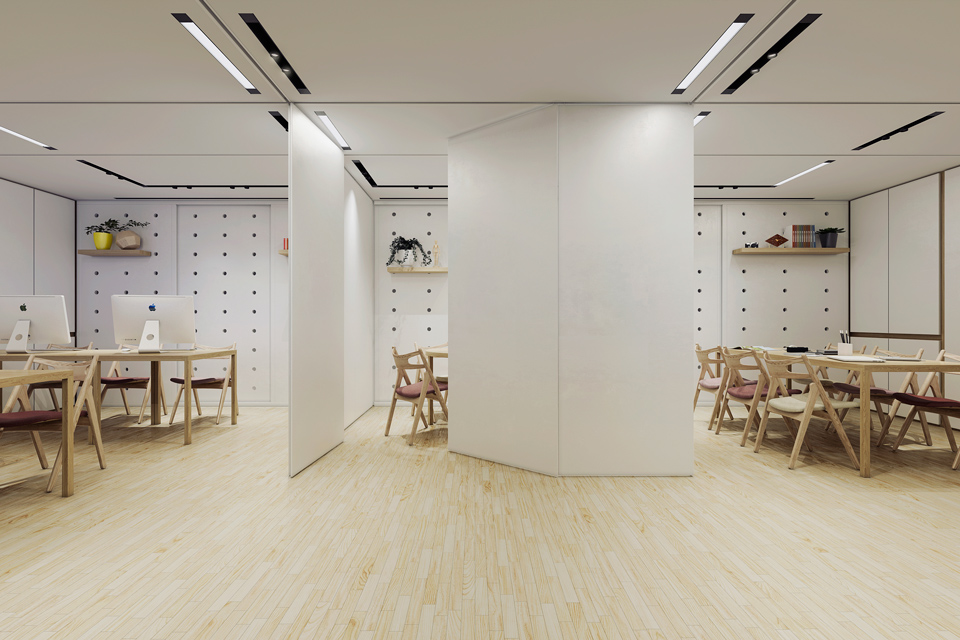 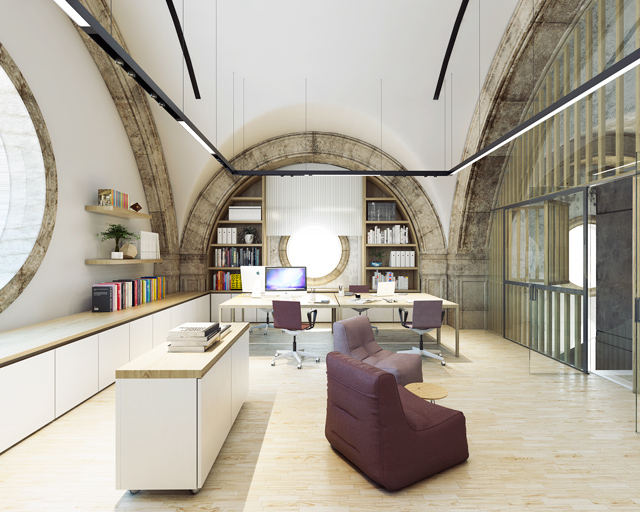 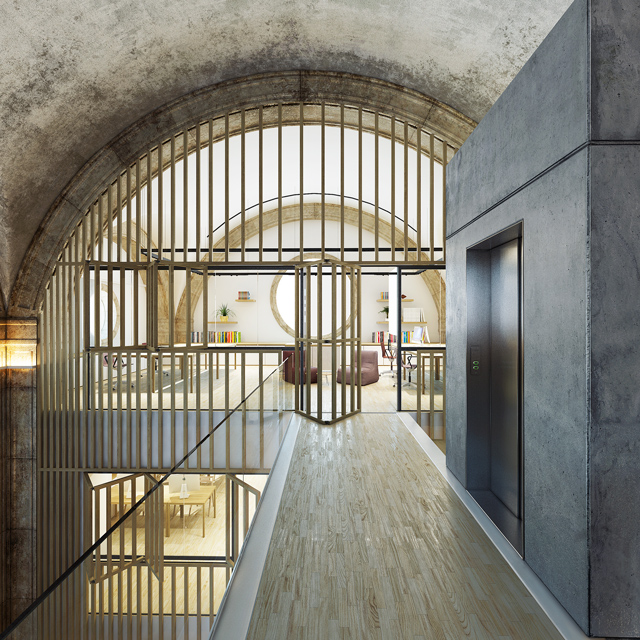 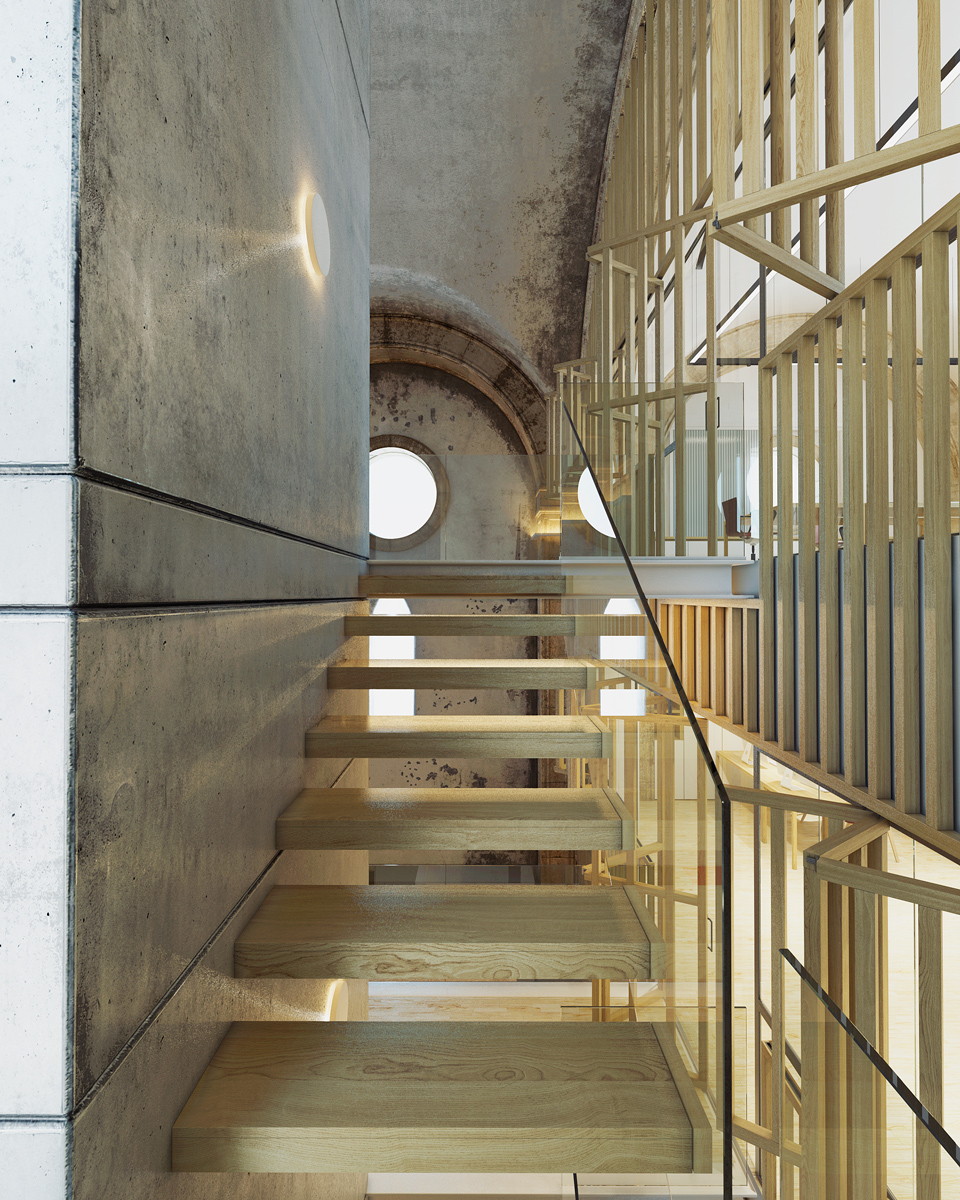 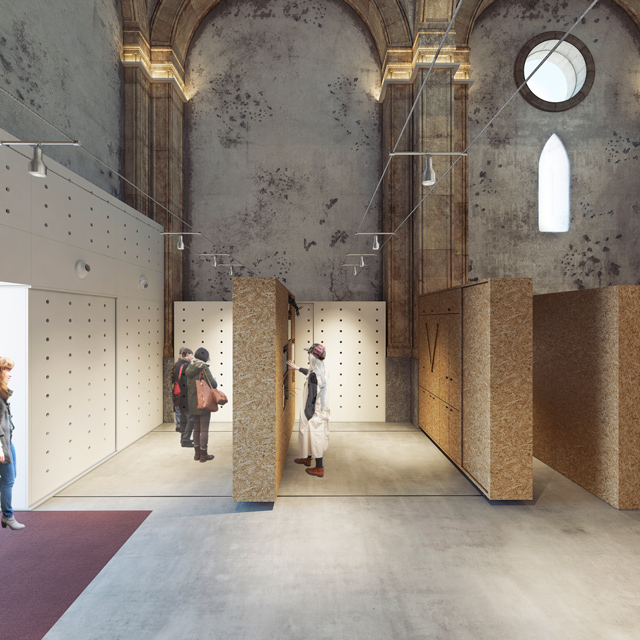 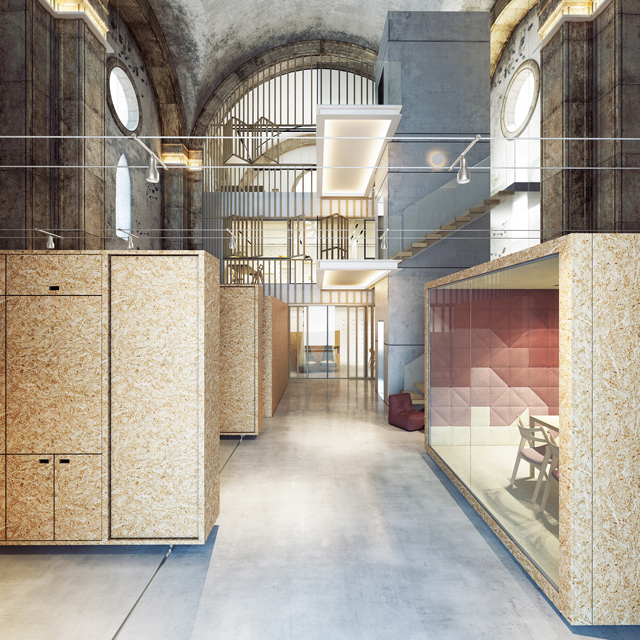 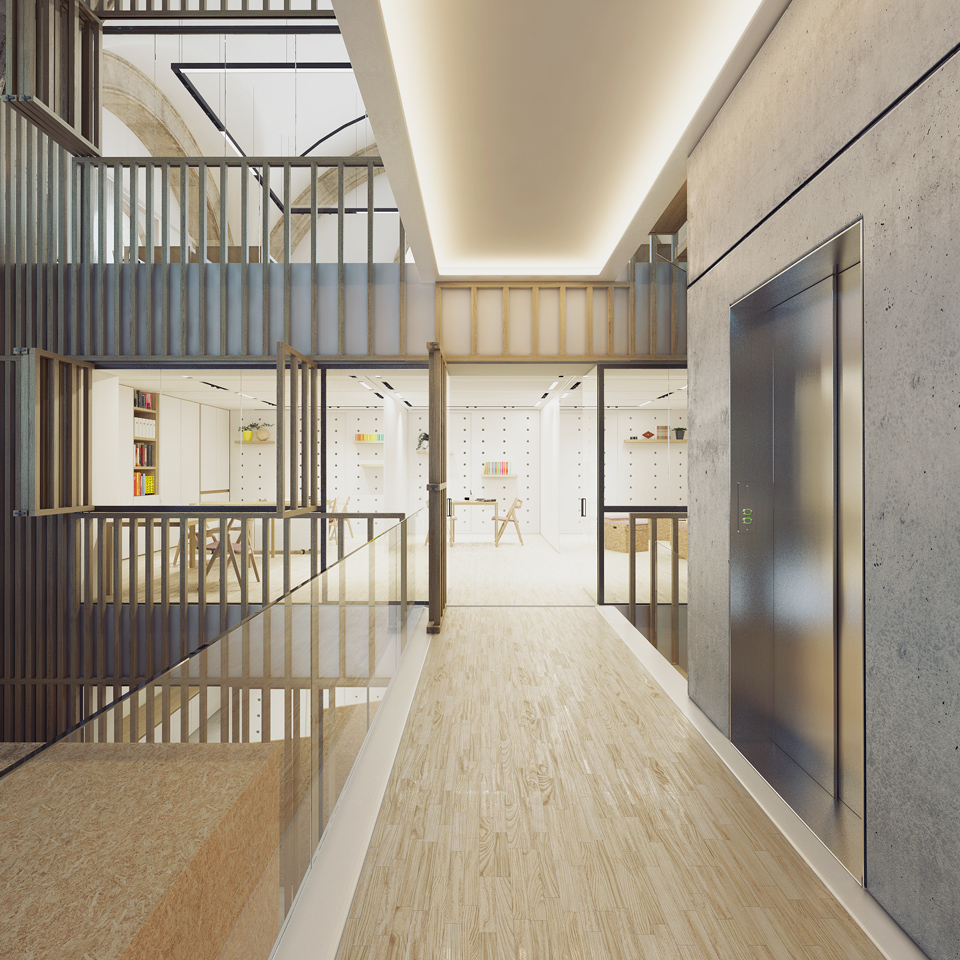 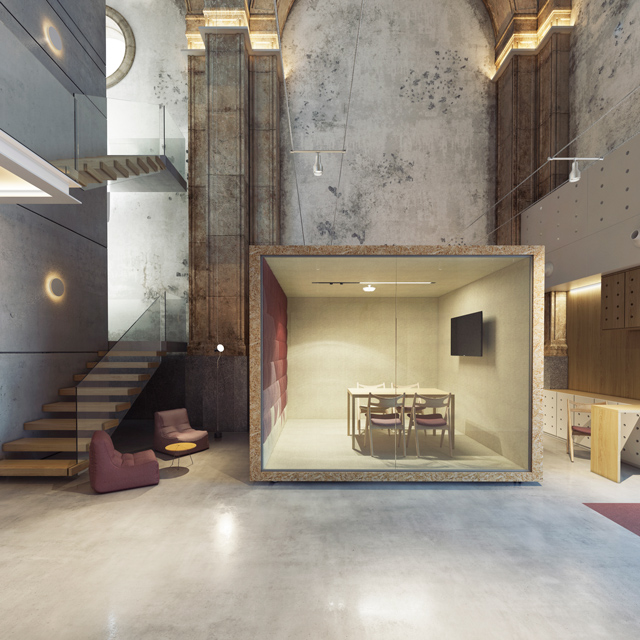 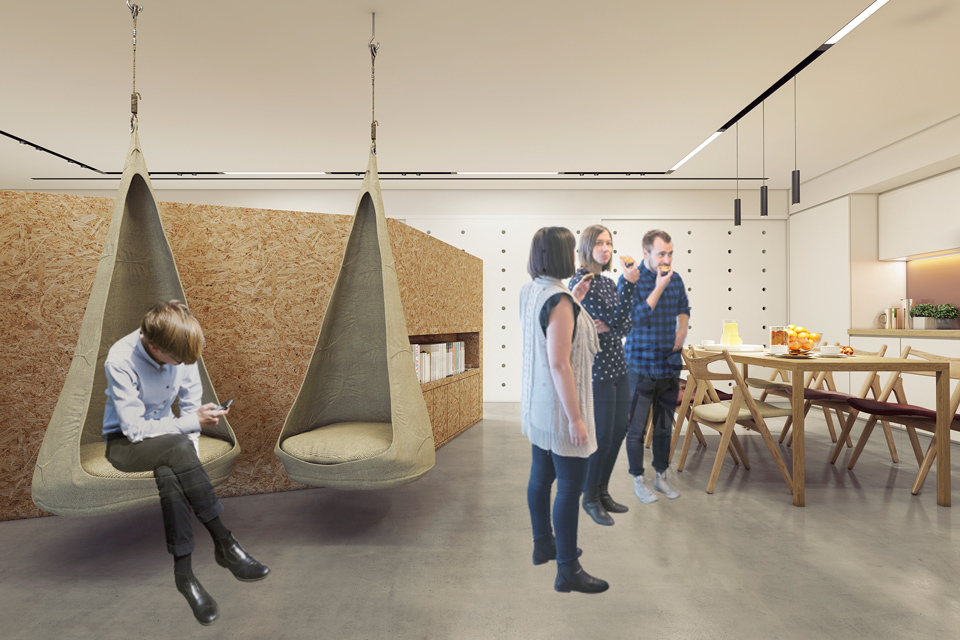 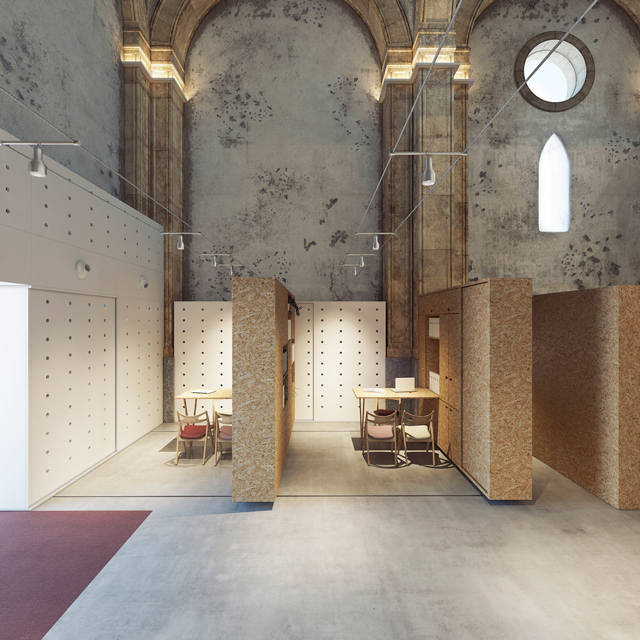 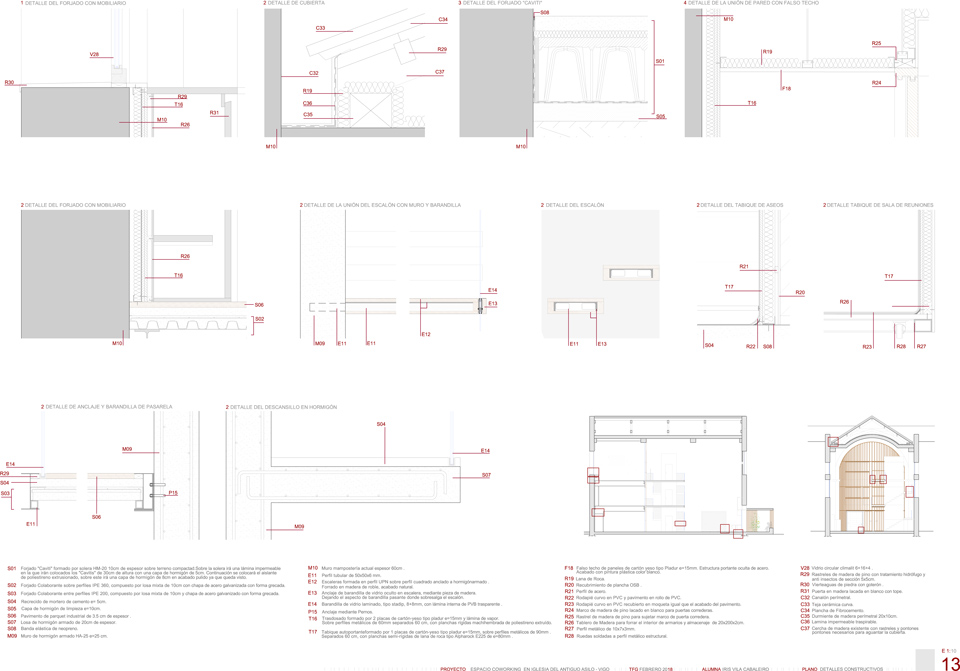 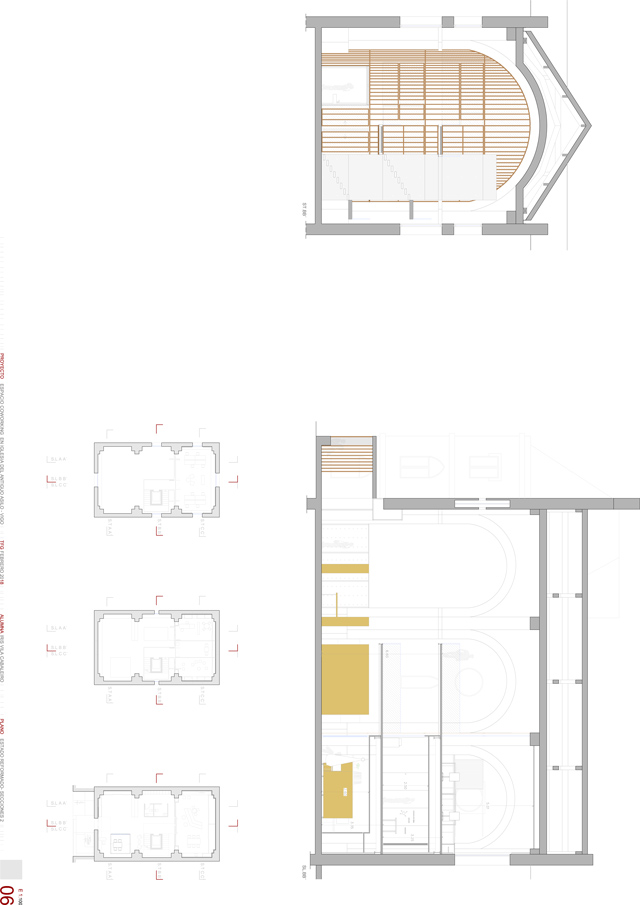 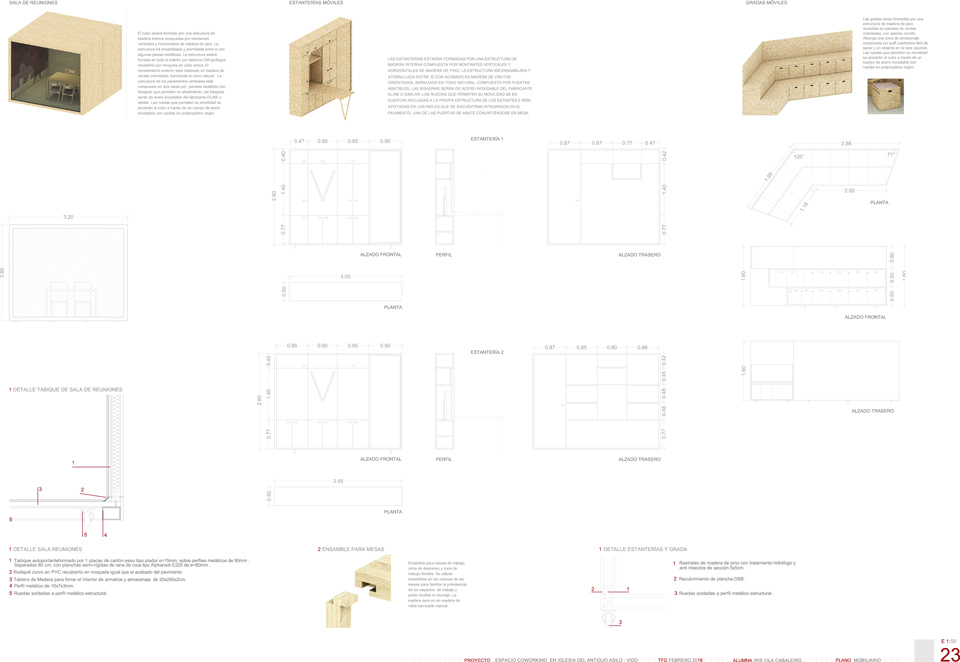 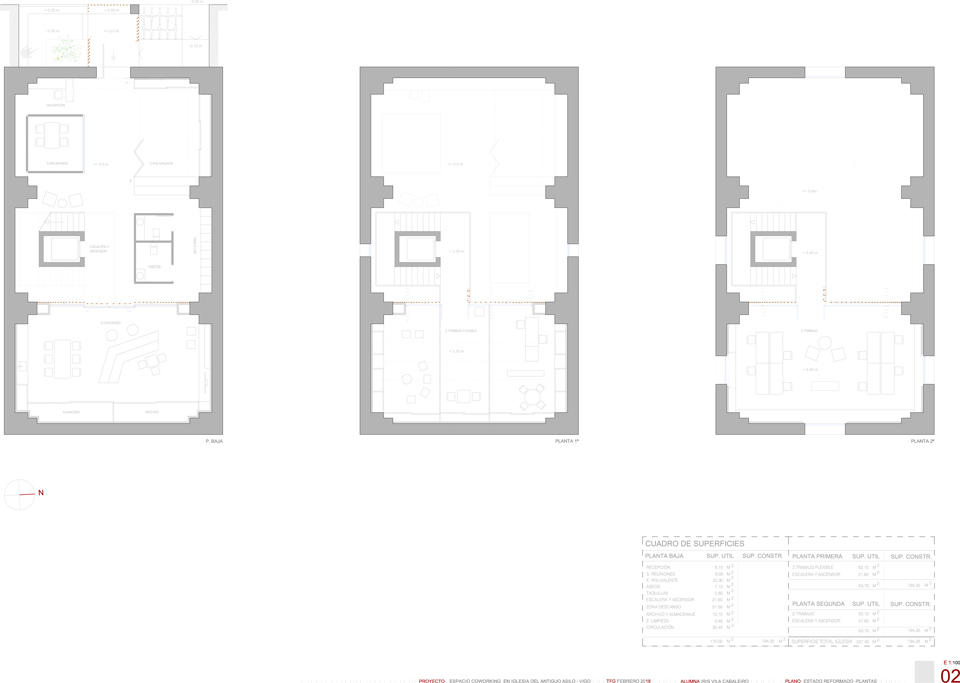 SITUATION
In one of the busiest and most central streets of Vigo is a small church surrounded by an asylum that has been part of the city since 1892. In 2001, it was abandoned, its religious images replaced by graffiti, becoming a refuge for homeless people and landfill. Still, their sliding doors remain open, longing to be rescued by a new community.

IMAGINE TO TURN THE CHURCH INTO A COWORKING SPACE OF THE 21ST CENTURY…?
Thus was born the fundamental goal of the project, to create a space that has as its backbone a structure similar to itself: a place to share, live together, offer help to others, create a community of support and growth in a comfortable environment; of progress and improvement, where teamwork and cooperation between individuals are encouraged, in addition to personal work.

At the same time, the sunshine was analyzed, maximizing natural light in the spaces according to their need.

ACCESS AND ORGANIZATION
Access to coworking takes place via a ramp, which generates a route that lands in a transitional space between the outside and the inside.

Upon entering the ship we are greeted by an open space of great height. In the background, an interior façade made up of wooden slats that delimits the area dedicated to work with the rest of the nave.

Behind it are generated three heights linked to the work required in a coworking: The floor is intended for rest and leisure, the intermediate to a flexible workspace and the last is dedicated to the workspace.

LIGHTING
The space is characterized by being flexible, not only in its distribution but also in lighting. A mobile lighting system is used throughout the project. Yes, you will be able to move the lights and replace them with others as needed.

FLEXIBILITY
In its entirety the project will be characterized by adapting to the needs of users, as each will have its own way of relating to the space. The second floor is projected with movable panels that move by hidden rails in the false ceiling being able to obtain different configurations like:

Area to meet with workgroups, make video calls, or generate mini offices for small entrepreneurial businesses. In case you need the space fully open the panels can be stored in the side cabinets.

FURNITURE
The coworking contains a mobile furniture, with which we can configure exhibition spaces, meeting areas, talks… By means of a system of rails integrated in the pavement they are easily displaceable without effort. All are made from recycled OSB panels in natural finish or white lacquered.

SUSTAINABLE DESIGN
Water: The building incorporates a rainwater reuse system for cleaning, as well as automated systems to control sanitation and cleaning.

Energy: The interior distribution is designed to capture maximum sunlight and encourage cross-ventilation. Regarding the air conditioning, the building has a heat pump supported by solar panels.

Materials: Proximity and recycled materials are generally used. Containers for recycling all types of waste are also incorporated.