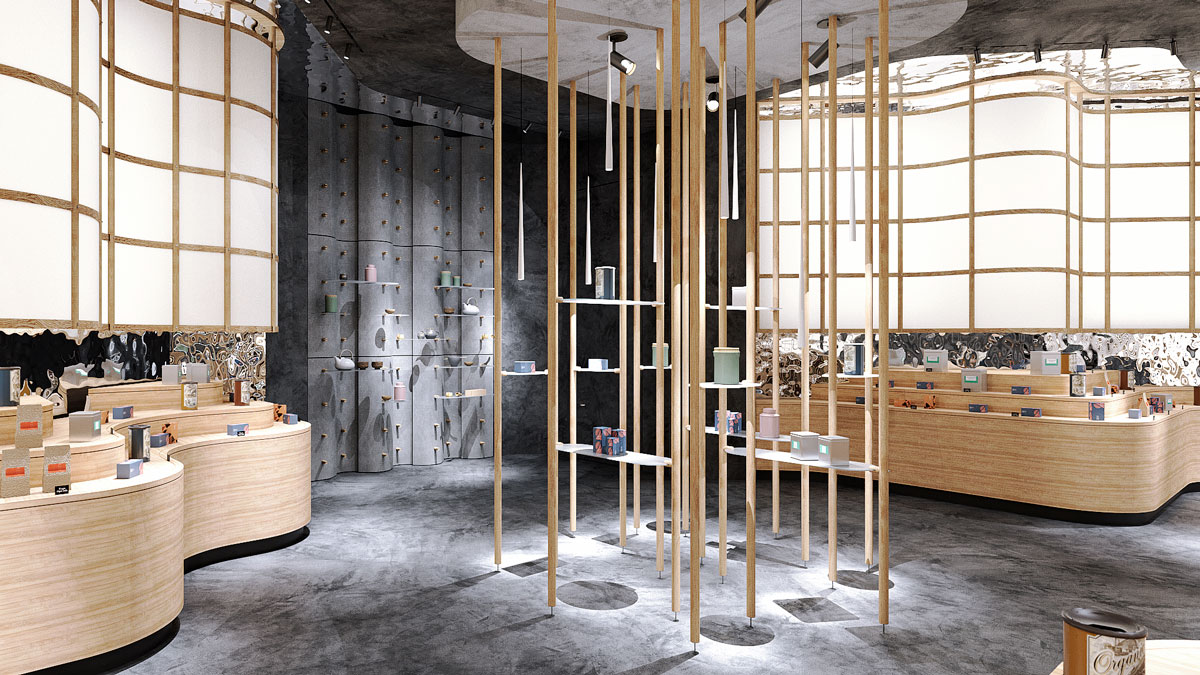 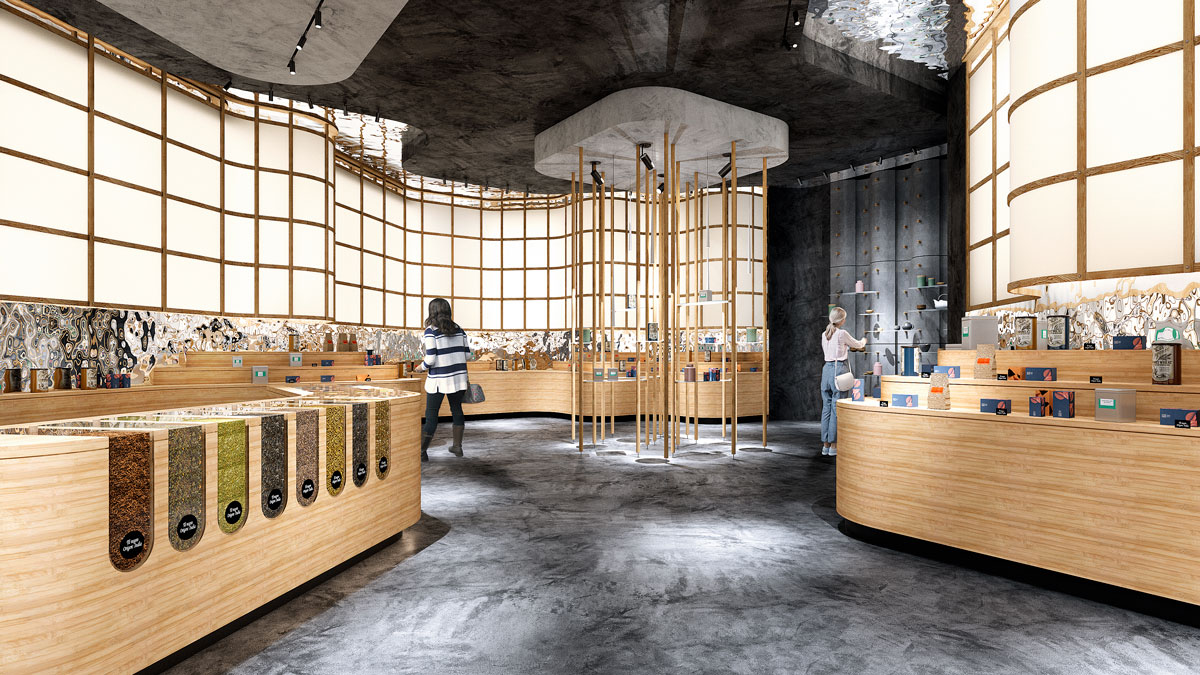 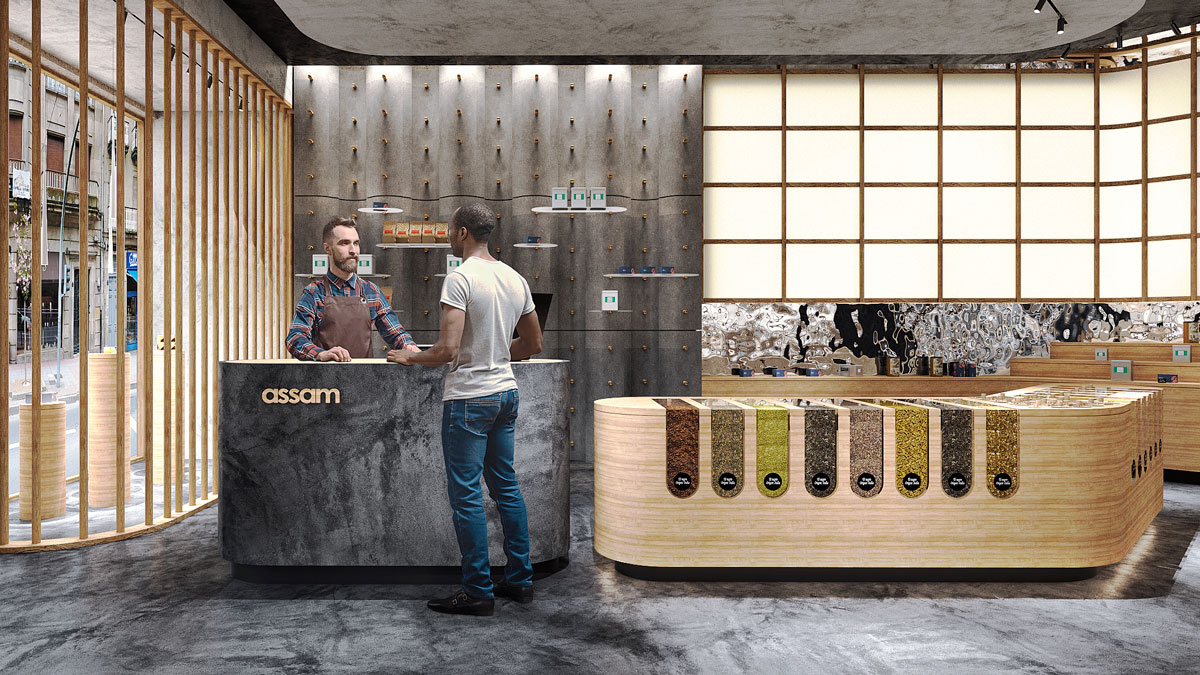 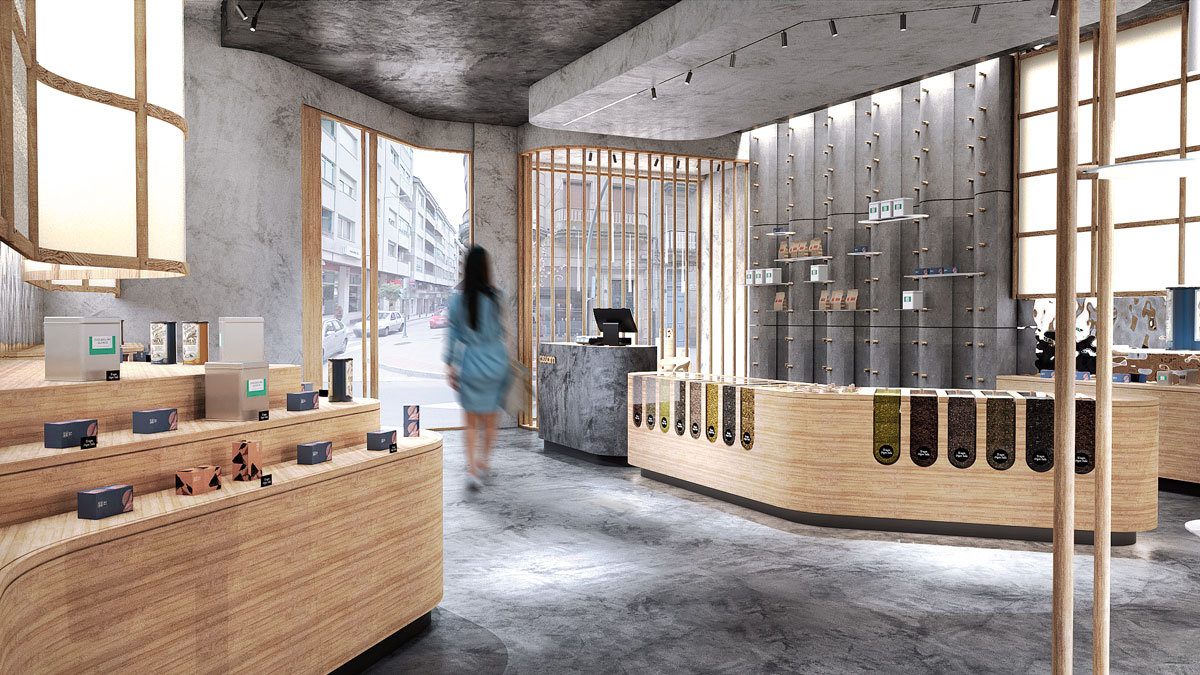 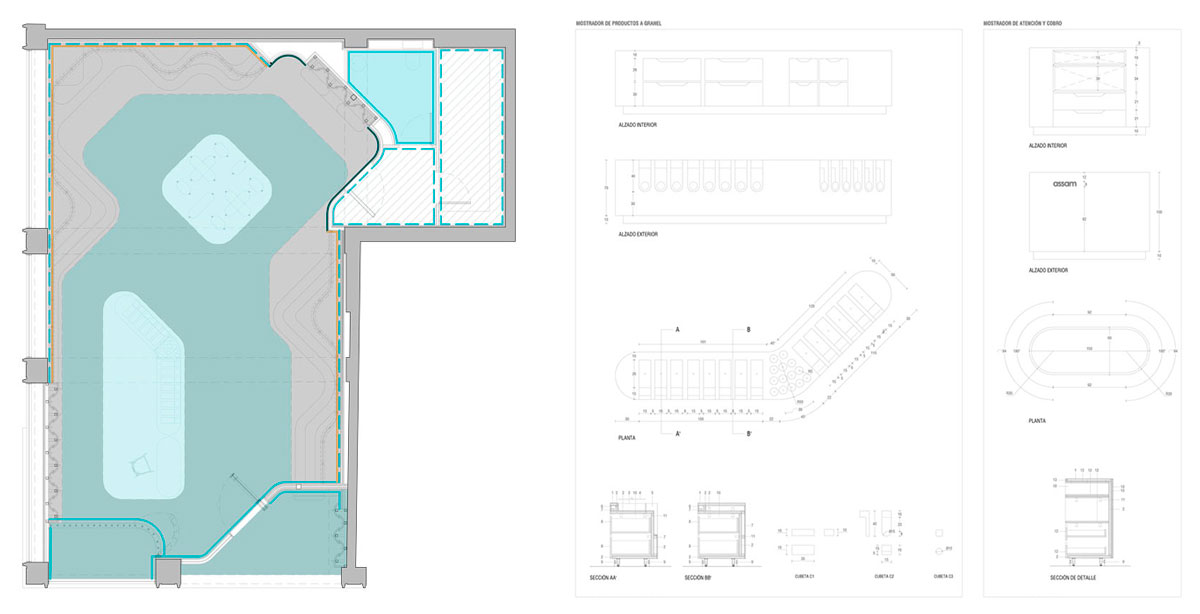 The idea of the project is based on 3 fundamental premises that not only inspired the idea itself, but also became the values that helped make all the decisions of the project.

The first of the premises was that the design of the space should convey the same as the product sold. Tea is a very natural product, simple and with little processing, so the concept should be related and express the most natural part of the product.

The second was to introduce elements of the culture surrounding tea, due to its great impact on it.

The third has to do with the space where you had to work, you wanted to remove the shape of the container, making it go under it, to house new content.

Therefore, the final idea is to create a design that suggests a space achieved through elements related to tea and its culture.