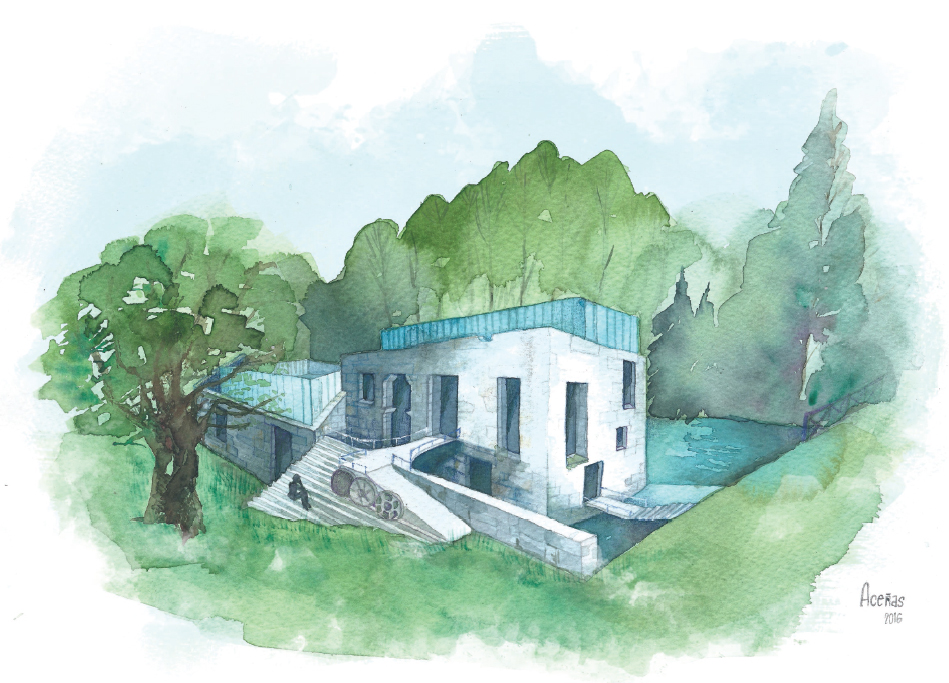 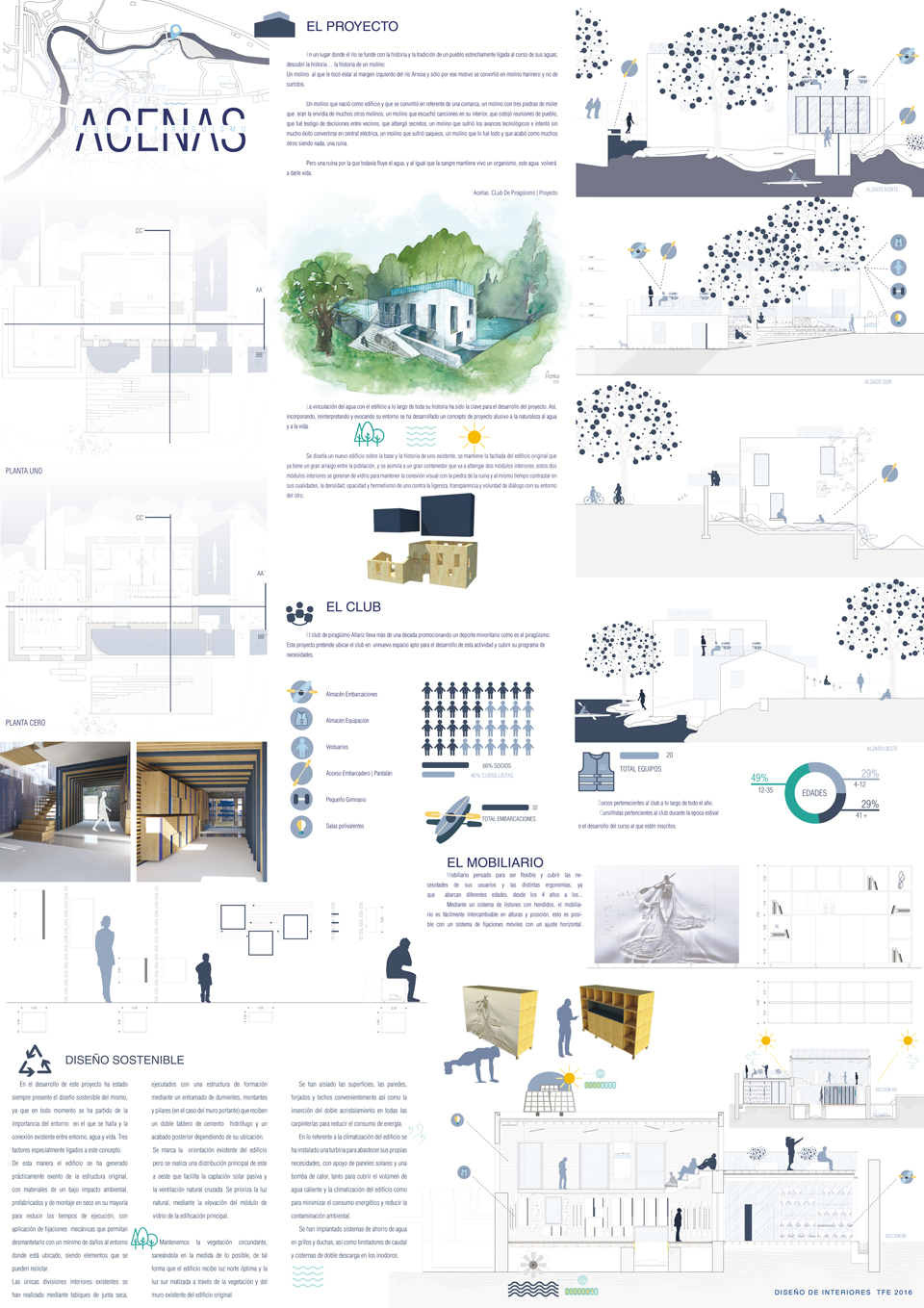 THE PROJECT
In a place where the river merges with the history and tradition of a people closely linked to the course of its waters; I discovered the story of a mill: A mill that had to be on the left bank of the river Arnoia and only for that reason became a flour mill and not tanning. A mill that was born as a building and became a reference in a region, a mill with three grinding stones that were the envy of many other mills, a mill that listened to songs inside, which housed village meetings, which witnessed decisions between neighbors, which housed secrets, a mill that suffered technological advances and tried unsuccessfully to become a power plant, a mill that suffered looting, a mill that was everything and ended up like many others being nothing, a ruin. But a ruin through which water still flows, and just as blood keeps an organism alive, this water will bring it back to life.

The connection of water with the building throughout its history has been the key to the development of the project. Thus, incorporating, reinterpreting and evoking their environment, a concept of project alluding to nature, water and life was developed. A new building is designed on the basis and history of an existing one, it maintains the façade of the original building which already has a deep root among the population, and is assimilated to a large collector which will house two interior modules; these two interior modules are generated of glass to maintain the visual connection with the stone of ruin and at the same time contrast in their qualities, the density, opacity and hermeticism of one against the lightness, transparency and willingness to dialogue with their surroundings.

THE CLUB
The Allariz canoeing club has been promoting a minority sport such as canoeing for more than a decade. This project aims to place the club in a new space suitable for the development of this activity and meet its needs program.

SUSTAINABLE DESIGN
In the development of this project has always been present the sustainable design of the same, since at all times was based on the importance of the environment in which it is and the existing connection between environment, water and life. Three factors especially linked to this concept. In this way the building was generated virtually free of the original structure, with materials of low environmental impact, prefabricated and dry assembly mostly to reduce execution times, with the application of mechanical bindings to dismantle it. with a minimum of damage to the environment where it is located, being items that can be recycled. The only existing interior divisions were made by drywall partitions, executed with a forming structure by a frame of domes, uprights and pillars (in the case of the load-bearing wall) that receive a double water-repellent cement board and a rear finish depending on their location. The existing orientation of the building is marked but a main distribution is made from east to west that facilitates passive solar capture and cross natural ventilation. Natural light is prioritized, by raising the glass module of the main building. We maintain the surrounding vegetation, sanitizing it as much as possible, in such a way that the building receives optimal northern light and the southern light nuanced through the vegetation and the existing wall of the original building. Surfaces, walls, slabs and ceilings have been conveniently insulated as well as the insertion of double glazing in all carpentry to reduce energy consumption. Regarding the air conditioning of the building, a turbine was installed to supply their own needs, with the support of solar panels and a heat pump, both to cover the volume of hot water and air conditioning of the building and to minimize energy consumption and reduce environmental pollution. . Water saving systems have been implemented in taps and showers, as well as flow limiters

THE FURNITURE
Furniture designed to be flexible and meet the needs of its users and different ergonomics, as they cover different ages, from 4 years to… Through a system of slats with slits, the furniture is easily interchangeable in height and position, this is possible with a system of movable fasteners with a horizontal adjustment.